People are often confused by the terms lesbian, gay, bisexual, transgender, queer and the related acronym LGBTQ.  The following definitions will help you to understand these terms.

Lesbian A woman whose enduring physical, romantic and/or emotional attraction is to other women. Some lesbians may prefer to identify as gay (adj.) or as gay women. Avoid identifying lesbians as “homosexuals,” a derogatory term (see Offensive Terms to Avoid).

Gay The adjective used to describe people whose enduring physical, romantic and/or emotional attractions are to people of the same sex (e.g., gay man, gay people). In contemporary contexts, lesbian (n. or adj.) is often a preferred term for women. Avoid identifying gay people as “homosexuals.”

Transgender A term (adj.) for people whose gender identity and/or gender expression differs from the sex they were assigned at birth. Transgender people may describe themselves with one or more terms such as trans, transsexual, trans man, trans woman, female-to-male (FTM) or male-to-female (MTF); use the descriptive term preferred by the individual. Transgender people may or may not decide to alter their bodies hormonally and/or surgically.

Queer Traditionally a pejorative term, queer has been appropriated by some LGBT people to describe themselves. However, it is not universally accepted, even within the LGBT community, and should be avoided unless quoting or describing someone who self-identifies that way.

Offensive terms to avoid when describing LGBTQ people can be found at the GLAAD Media Reference Guide, below.

This guide will help you to identify resources with information on Lesbian, Gay, Bisexual, Transgender, and Queer (LGBTQ) topics and issues. Due to the interdisciplinary nature of this field, it would be impossible to include all scholarship and information that is available. This guide serves as a starting point for topics and information to consider. If you have questions or need help with your research, please contact a librarian for assistance. For campus resources, visit the Multicultural Center at Shoreline Community College. 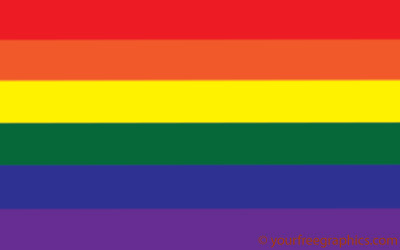 One of the most recognizable symbols of support for the LGBTQ community, the rainbow flag represents diversity. "Gilbert Baker of San Francisco designed and made the first rainbow flag in 1978." Interestingly, the number of stripes and the inclusion of several colors has changed over the years. "It originally had eight stripes with specific symbolic meanings for each color:

One of the colors, hot pink, was not commercially available, so eight became seven, but was further reduced to six (dropping indigo). The San Francisco Pride Parade required an even number of stripes, so that three could be draped along each side of the street on the route."

Encyclopedia of Lesbian, Gay, Bisexual and Transgendered History in America 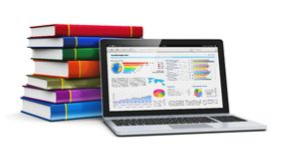 This guide is adopted and adapted from Lamar Memorial Library from Maryville College with thanks to Roger Myers.